Air India captured the 3rd Hong Kong Quadrangular Hockey Tournament title in an exciting final played at the King’s Park Hockey Ground on 8 February 2009. A 12th minute field goal by Girish Pimpale was good enough to see the better of Guangdong (a provincial team from China). Guangdong, fielding 3 of their 4 Beijing Olympians, pushed more men forward after the break and came close to taking the game into extra time but for the sterling performance of Air India’s goalkeeper Gurpreet Singh and full backs Lajrus Barla and Ajmer Singh. A remarkable aspect of the match was that not a single penalty corner was given away by either team. In the preliminary round, Air India drew with Hong Kong 4-4, defeated Guangdong 3-2 and Chinese Taipei 8-2.

Chinese Taipei took the bronze defeating home-side Hong Kong 4-2 in penalty strokes. Hong Kong led 4-2 with ten minutes of regulation time remaining only to concede two more goals within a spell of five minutes. Either side failed to score during extra-time. Hong Kong’s Arif Ali and Zaki Detta Dad failed to convert their strokes. It was sweet revenge for Chinese Taipei who lost 2-4 to Hong Kong in the preliminary round.

The Chief Guest of Honour was Dr. Hari Harilela, Patron of the Hong Kong Hockey Association. 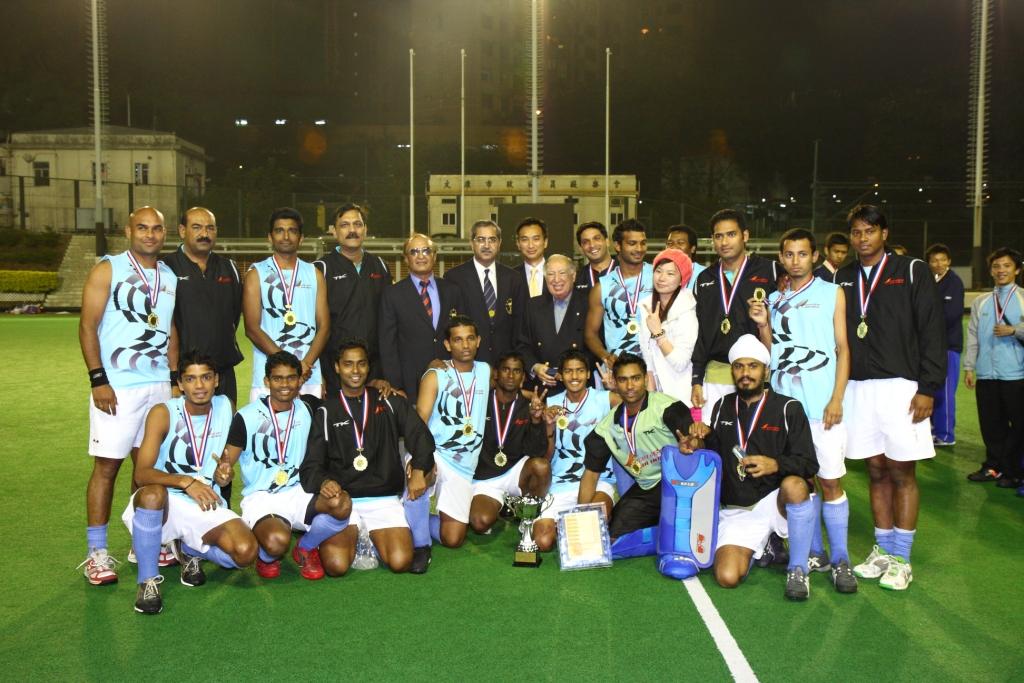