Hong Kong made legend yesterday winning bronze medals in the EAG mens hockey event.  A full house turned up to support the home team against China.  Both teams went to the changing room at half time with two goals a piece.  Both Hong Kong goals were field goals by Asghar Ali.

China scored again at 49th minute in the second half while Hong Kong resilience continued with backing by the home crowd.  A penalty corner was awarded to Hong Kong just as the hooter went.  Arif Ali drag flick put the match to extra time.

Hong Kong put pressure on China straight away in extra time.  Arif Ali and Asghar Ali set up an attack to the left of the circle and a cross ball to Swalikh Mohammad to score the golden goal.

In the womens event, Hong Kong came 4th position losing to Japan in the Bronze medal match. Korea beat China in the gold medal match while

Many congratulations to all!! 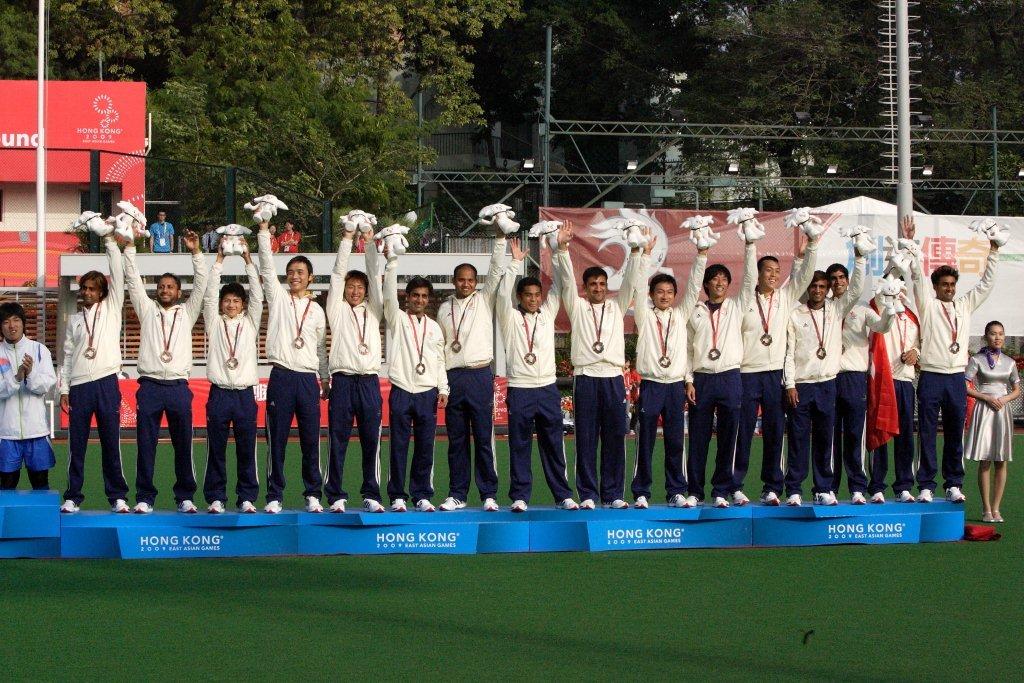