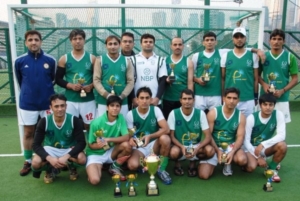 The Pakistan Association Hockey Team regained the Guru Nanak Cup defeating Khalsa Sports Club “A” by a single goal in the final of the Guru Nanak Hockey Tournament held on 17 January 2010.

Last year’s winners, Kowloon Cricket Club failed to make it to the final losing to Khalsa A in the semi-final on sudden death penalty strokes. The KCC Ladies however brought some glory to the Club winning the women’s event, getting the better of the Valley girls in the final.

The District Police Commander, Mr. Hancock Blake and Mr. Con Conway, Vice President of the Sports Federation & Olympic Committee of Hong Kong, China were the Chief Guests at the event which has been sponsored annually by the Sikh Temple, Hong Kong since 1969. 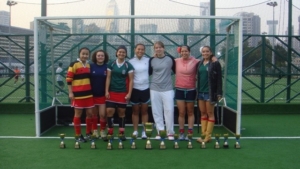