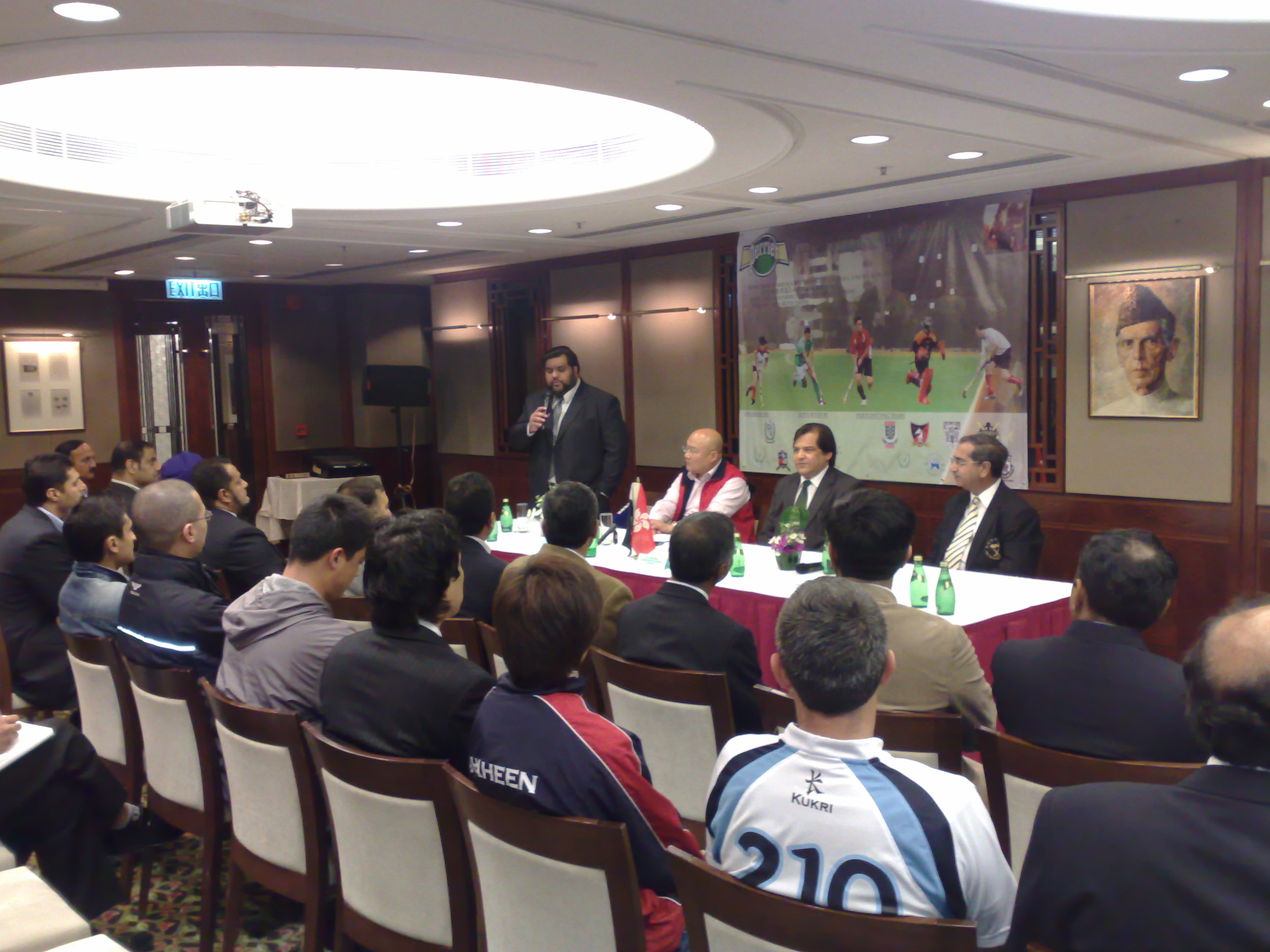 The inaugural Perrier-Jinnah Hockey Tournament will be held at the King’s Park Hockey Ground on 21st and 22nd March 2009.  The event is sponsored by the Consulate General of the Islamic Republic of Pakistan and is organized with the help of the Hong Kong Hockey Association.

will be held on the final day, Sunday 22 March.

Details and other information regarding the tournament were announced at a Press Conference on 9 March.